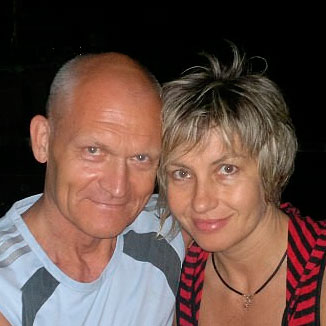 In the spiritual world, as well as in the physical one, the summit can be achieved in different ways. One way may be long and the other short; one winding and difficult, the other straightforward and easy. But, in spite of this, each of these roads leads to the summit nonetheless. In the search for spiritual knowledge, there are many methods, means and ways that help us to comprehend the experience of the hidden core of our being, and to turn the mind to the very source of its existence - the soul.

Yoga is the path that, step by step, allows one to know oneself on all levels: body, mind and soul. Yoga improves the body and senses, and calms the mind and soul. Unfortunately, many people who do not grasp the depth of yoga see this path of self-discovery, self-improvement and self-realization as just a physical discipline, and the practice of hatha yoga as just a form of exercise. But yoga is much more than just exercise. It covers all levels of human existence - the cellular, the mental, the intellectual and the spiritual.

It is never too late to come to yoga. The great BKS Iyengar taught sirsasana (the head stand) to Elisabeth, Queen of Belgium, when she was 78 and suffering from Parkinson's disease! But why wait? The English have a saying: better late than never, but never late is better. Russians, unfortunately, translated and actively put into practice only the first half of this wonderful thought.

Yoga will help you to know yourself, love yourself and make you happy.

Our teacher, Alexander Lobanov, holds a Ph.D. in Engineering Sciences, is a member of the Russian Academy of Reliability (Moscow) and the European Academy of Natural Sciences (Hannover), and the author of over 160 scientific papers on semiotics, systemology and qualimetry, published in Russia, Great Britain, Germany, Spain, Cuba and the United States, and the author of various scientific work. Co-writing (with S. Sautov) and publishing Learn to Heal.

Alexander has over two decades of experience as a yoga teacher (group and individual lessons), having studied yoga at various locations. Alexander speaks good English and can lead his classes in this language. His initial training was with Faek Biria (the best student of BKS Iyengar).